Random Forests (RF) is one of the most popular machine learning classifiers due to its capability to obtain good classification results with a relatively reduced number of training samples and because it relies on a reduced number of user-defined parameters.

In this lecture, we will be introducing the concept of ensemble classifier by emphasizing the main methods used to build an ensemble: bootstrapping and bagging. We will explain how RF classifier is built and how the final decision is taken. The concept of out-of-the-bag will be explained in detail especially in connection with its role for internal evaluation of the RF accuracy. We will also explain how RF calculates the variable importance, a measure that can be used to discard the less relevant input variables.

In the end, special attention is given to the proximity measure used to identify either outliers or subclasses in the training samples. 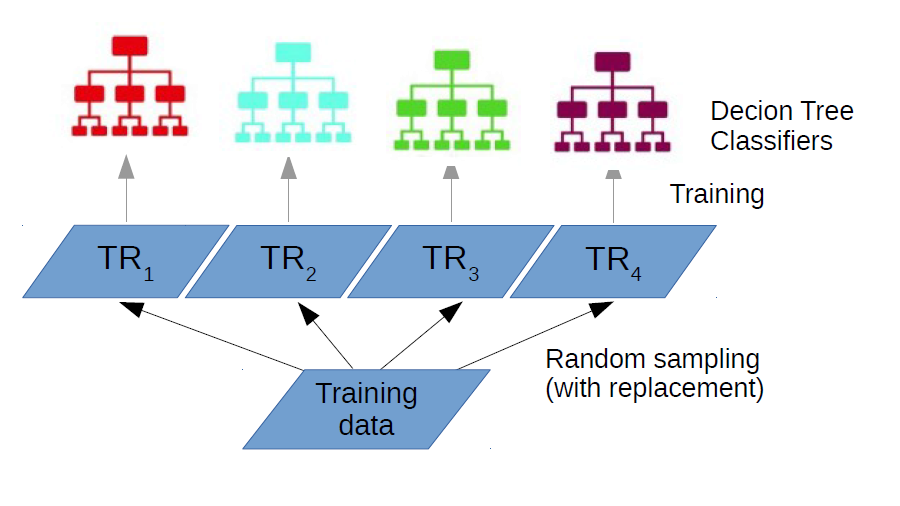 Links to concepts from the EO4GEO Body of Knowledge used in this course:

Designed and developed by: Mariana Belgiu, University of Twente.

Find below a direct link to the HTML presentation.

Find below a link to the GitHub repository where you can download the presentation.